In this part, we are configuring the settings in the Release pipeline to deploy our Web Deploy package. Although the deployment can also perform as part of the build, we prefer separate steps for build and deployment to reduce the chance of accidental deployments to production environments.

The Release pipeline takes the build artifacts from the Build pipeline and installs them on the Sitecore instances that have been configured in Azure. There are a couple of ways we can do this. We can use the generated PowerShell Script, or we can use some of the built-in settings in Azure DevOps. The PowerShell script can be modified to work within complex build processes, but the deployment can be accomplished even without it.

Azure DevOps comes with a built-in App Service deploy task, taking the Web Deploy package from the Build pipeline and installs it in the selected Web App. Keep in mind, there are a couple of important configuration settings here. We need to add the Azure subscription where the Web App is located and select it under the Azure subscription tab. This fills out automatically as part of the settings, and you’ll only need to select your subscription and App Service. 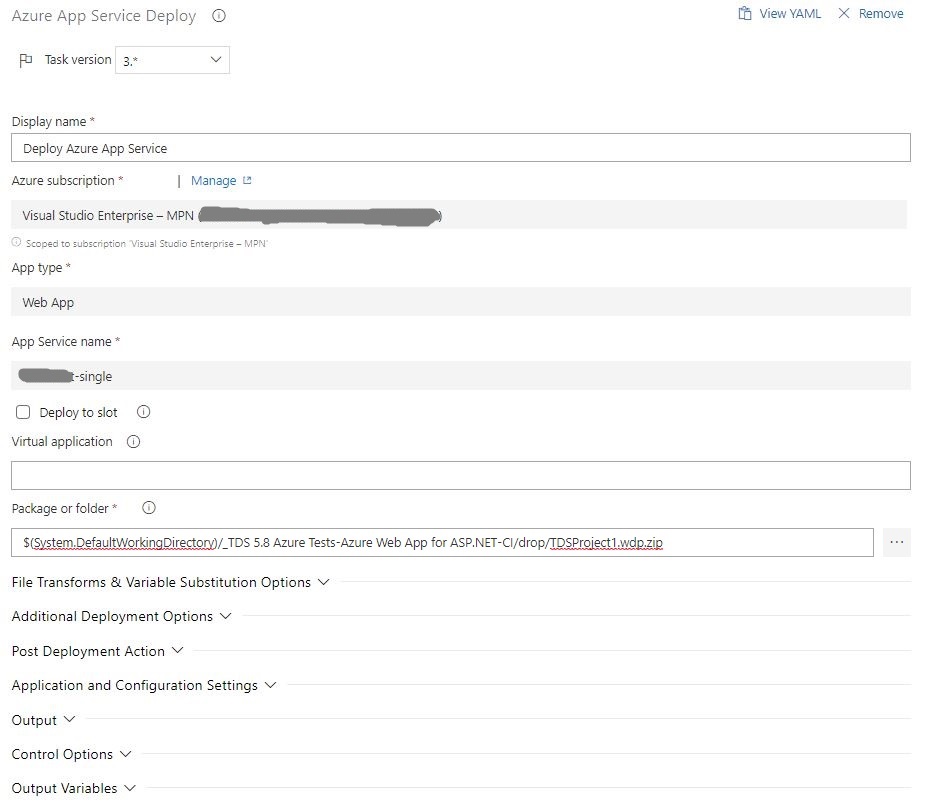 The second way of deploying the Web Deploy package to the Azure Web App is using the PowerShell script generated by TDS Classic. This can be useful in build servers where there’s no native support for Azure Web deploy, or when the user wants full control and use their release script. The script also gives you an easy-to-read log containing the item names and location in the Sitecore tree of the items.

To use it, we need the Publish profile file, which can be added in source control and made available for the Release pipeline the same way we made available the PowerShell script and the Web Deploy package.

We also need to create a PowerShell Script task in our Release pipeline. In it, we specify the path to the PowerShell script, generated by TDS and the arguments, required for executing it. The arguments are the same as the ones we used for deploying from our development machine. 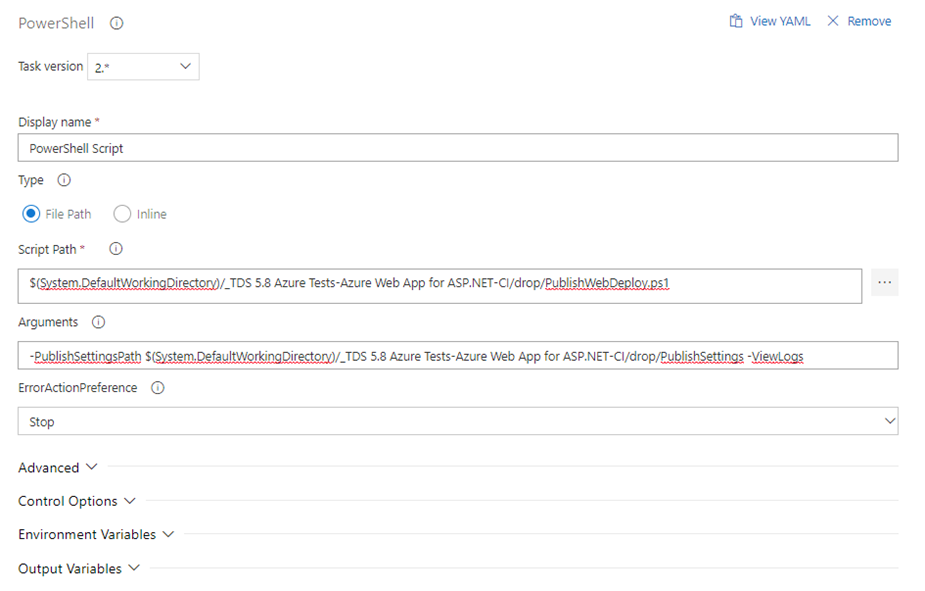 Both ways of deploying will give you status about the deployment and a log with all the details. The logs are formatted a bit differently, so consider this when choosing which method to use.

With TDS 5.8, we had the goal to simplify the deployment of the TDS project to Azure environments. Using Web Deploy packages, we were also able to reduce the deployment time while making the process more intuitive and visible for the developers.

Need to start from the beginning? Click here to read how to set everything up locally.

Also do check my blog for automating slot swapping in Azure DevOps.