In part one, we set up our TDS project to create a Web Deploy package and published the package to an Azure App Service manually. Now that we know we can deploy our Web Deploy package from our local environment, let’s continue by setting up an automated build in Azure DevOps. In this part, we’ll configure only the steps in the Build Pipeline, and publish the build drop (a Web Deploy package and a PowerShell script) to the Release pipeline. Note that this is a simplified scenario to be used as a starting point. Your build/deployment process might be more complex and can include different steps than this one.

For the build pipeline, we will build the project in the “Release” configuration being it is the configuration we set up for Web Deploy packages. The first step while creating your new Build pipeline is to select your repository settings. In this example, we will use Git.

We also need to add the TDS license; otherwise, our build will fail. This happens in the Variables tab of your Build pipelines. The following variables should be created with your license info in the values.

As a starting template for our Build pipeline, we can use the Azure Web App for ASP.NET template. We don’t need all of the predefined build steps in the template for this example, so we will remove some of them. This is done to simplify the example and focus on the build process.

Our build will contain the following tasks in the Build pipeline:

Summary of the Tasks

This summary explains each task and the most important thing we should configure:

Use NuGet
This task specifies the NuGet version the build server will use. We can leave it with the default settings.

NuGet restore
This task restores the NuGet package and also doesn’t require any special settings to be configured.

Build solution
We will set the Build solution task to build the Release configuration. The Platform and the Configuration parameters are configured from the build variables. The default values are “Release” and “Any CPU” so we can use them directly. 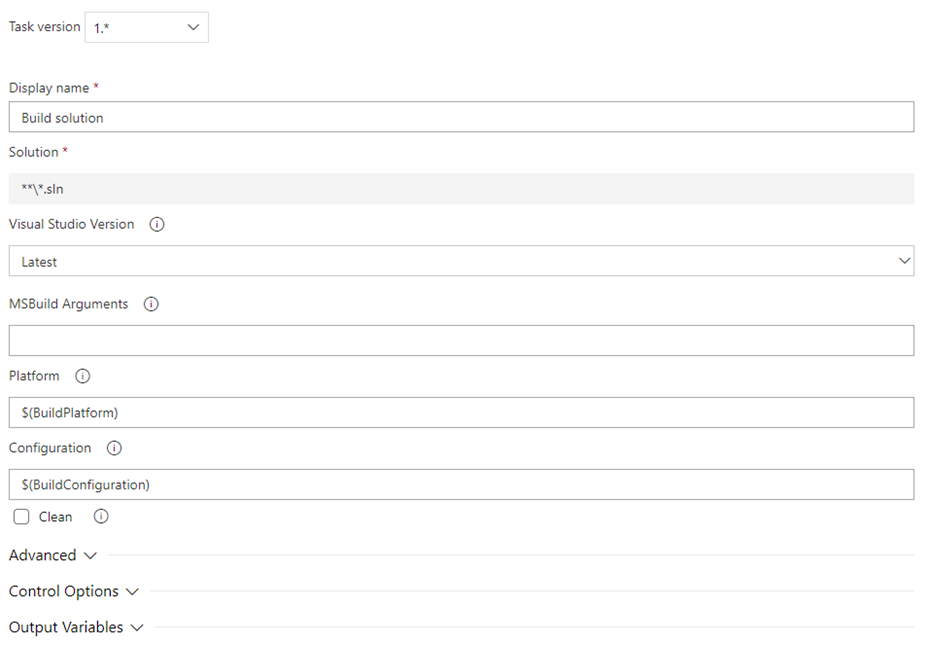 Copy Files to
The next step copies the build output to the Staging directory, so it’s ready for publishing. We only need the PowerShell Script and the Web Deploy package from our build drop, so we will only copy them. Side Note: the paths might be different for your build.

Publish Artifacts
The final step in the Build pipeline is to publish the build artifacts to the next phase: the Release pipeline. 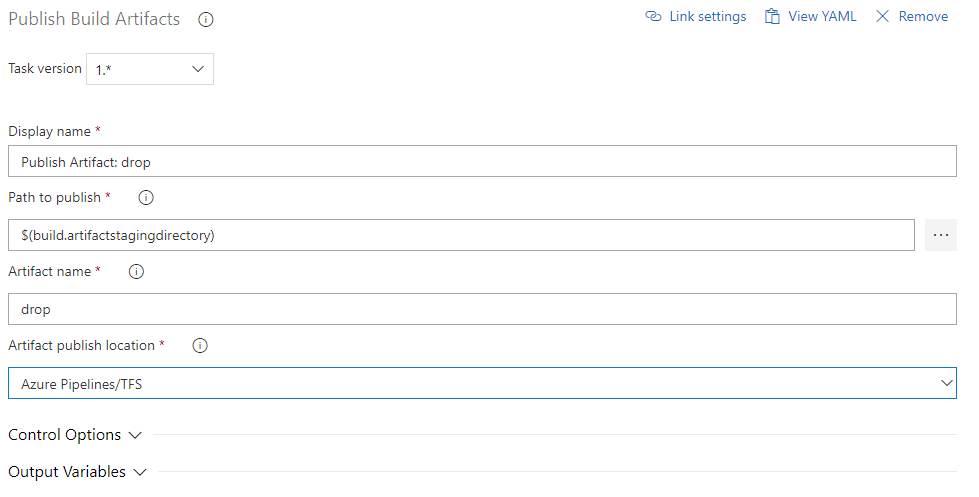 Once we have everything configured, we can run a test build. If everything is configured properly, we will see the Web Deploy package and the PowerShell script available in the Artifacts explorer in Azure DevOps. 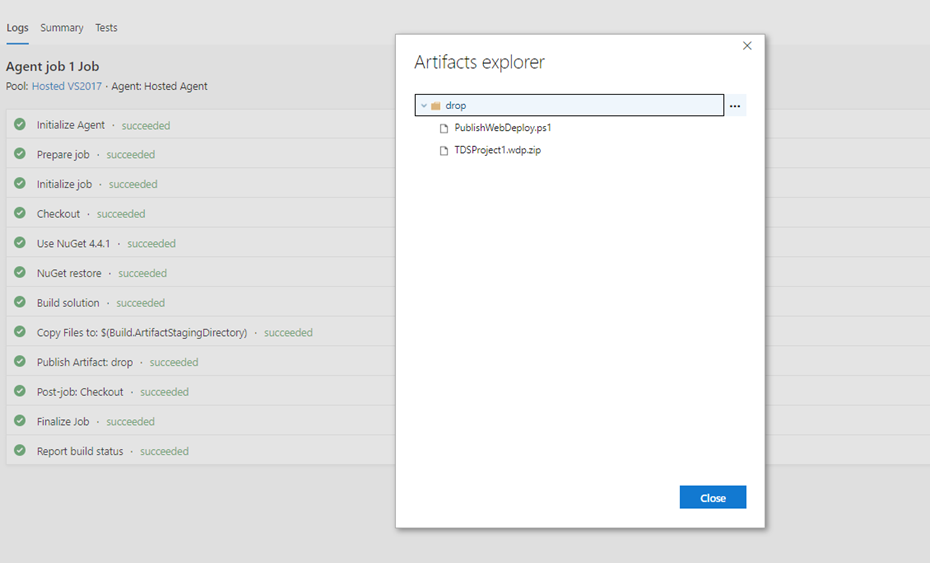 As shown above, setting up a build in Visual Studio online to create a Web Deploy package is relatively simple. The only real customization of the build was a step to pick up the files from the build folder and add them to the Artifacts folder. In the next part of the series, we will show you how to configure a release pipeline to deploy the Web Deploy package to an instance of Sitecore running on an Azure App Service.

Ready to continue to the next step? Click here to move on to Part 3.